Leptospirosis or more commonly known as rat urine disease is a contagious disease caused by pathogenic bacteria than there are animals to humans alike continuously or otherwise. Outbreaks of the individual rather than to the individual is very rare.

Where Leptospirosis May Occur ?

Leptospirosis occur worldwide, especially in countries of tropical rain forest that receives high rainfall catchment such as Malaysia and Indonesia. The disease is commonly found upon direct contact with the urine if infected animals or environments contaminated with urine.

Why Leptospirosis is Considered a Dangerous Disease ?

Clinical studies show that bacteria Leptospirosis cause injury to the blood vessel wall. All the internal organs can be infected and cause bleeding. In the case of inflammation of the kidneys for example can cause bloody urine and difficulty urinating. Inflammation of the lining of the head will cause headache, neck stiffness, disorientation, emotional disturbance and disorder.

Is There Leptospirosis May Cause Death ?

Yes, Leptospirosis may cause death. This may caused by the failure of the kidneys and the heart is functioning as well as bleeding in the organs innards. Liver failure is rare although jaundice applies.

Age and various health problem such critical disease and chronic diabetes and heart disease, also increase levels of mortality. Levels of bacteria outbreak influenced by factor of healing and death.

Can Patients Fully Recover After Being Treated ?

Most patients will fully recover from Leptospirosis after receiving treatment. However, for some patients the healing process can take up to several months or even years. Side effects may also occur.

Side effects that may occur include severe fatigue and neuropsychiatric symptoms (problems in the nervous system) such as headache, paralysis, paresis, emotional instability and depression. In some cases, inflammation of the uvula channel, iris and ciliary body of the eye is affected by Leptospirosis. Ocular symptoms mat also be due to failure of the immune system, the body acts on bacterial Leptospirosis. In addition to the impact of Leptospirosis in the eye, effect on other members still can not be identified. Persistent and chronic infections also can not be confirmed. 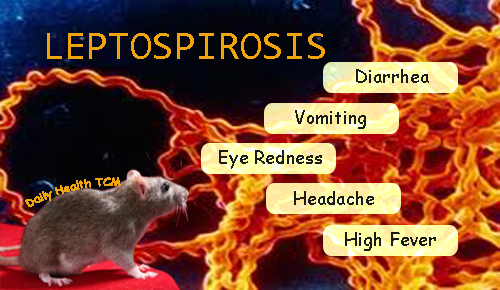