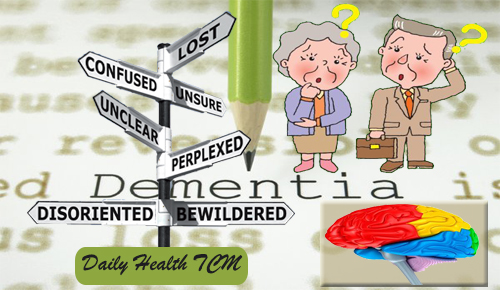 Dementia is the reduction of cognitive function of the brain. Dementia is a term used for a group of disorders that affect the brain symptoms. Dementia is not a specific disease. Dementia is common in the elderly, but dementia can be experienced by adults of various ages because of certain disease that affect brain function.

Dementia affects thinking, behavior and the ability to carry out normal day-to-day work. Brain function is affected enough to interfere with normal employment relationships and patients. Typical sign of dementia is the inability to perform daily activities as a result of reduced cognitive abilities.

Doctors make a diagnosis of dementia if two or more of the cognitive functions quite disturbed. Impaired cognitive function can include memory, ability to speak, understand the information, ability to understand space, assess and pay attention. People suffering from dementia may get difficulty overcoming and controlling their emotions. They may also experience change in personality. What exactly the symptoms experienced by people who suffer from dementia depending on the places in the brain that is damaged by a disease that cause dementia.

Early signs of dementia can hardly be seen and it is not clear and may not be immediately apparent. Some common symptoms may include:

Often forget the events that had just happened, forget appointments, asking and telling the same thing over and over again, forgetting the place of the lot parking.

Difficult to perform activities of daily work, forgot how to cook, operate the mobile phone, can not do simple calculations and working with a longer time than usual.

Often it is difficult to plan or complete everyday tasks, confused how to drive and difficult to manage finances.

Confused about the time, confused where they are and how they got there and did not know the way to go back home.

Difficult to read, measures distances, determine the distance, distinguish colors, does not recognize his own face in the mirror, mirror crushing while running, pouring water in a glass but spilled and not appropriate pour.

Difficulty speaking and looking for the right word, often stopping in the middle of a conversation and confused to continue.

7. Put the Goods are not in the place

Forget where to put something, even sometimes suspect there who steal or conceal the goods.

Dressed in mismatched, for example wearing a red sock left foot while right foot blue sock, can not take into account payments in the transaction and can not care for themselves well.

Does not have the spirit or initiative to perform usual activities or hobbies enjoyed and not too excited to get together with his friends.

10. Changes in Behavior and Personality

Emotions change drastically, become confused, suspicious, depressed, fearful or dependent on a family member excessive, easily frustrated and discouraged both at home and at work.