The health effects of haze are mainly caused by the irritant effects of fine dust particles on the nose, throat, airways, skin and eyes. The health effects of haze will depend on its severity as measured by the Pollutants Standard Index (PSI). There is also individual variation regarding the ability to tolerate air pollution. Most people would at most experience sneezing, running nose, eyes irritation, dry throat and dry cough from the pollutants. They are mild and pose no danger to the health of the general population.

However, persons with medical problems like asthma, chronic lung disease, chronic sinusitis and allergic skin conditions are likely to be more affected by the haze and they may experience more severe symptoms. Children and the elderly in general are more likely to be affected. For some, symptoms may worsen with physical activities.

For persons under medical treatment, it is important that they take their medication regularly. Persons with chronic heart and lung problems are advised not to engage in outdoor sporting activities if the PSI is above 100. There is otherwise no need to take extraordinary precautions.

Effects on the Economy

Economic losses in heavily-affected rural villages can amount to as much as 50% of township income. Haze from the fires can extend to Malaysia, Singapore and Thailand, shrouding them in smoke and affecting transport and economic activities for millions more people, resulting in billions more dollars of economic losses. Clearly, the economic losses associated with uncontrolled fires are contributing to poverty and restraining development in the region.

Restaurant, tourist attractions and some other businesses are already feeling the pain as haze envelopes the Southeast Asian neighbors, from Singapore’s upscale shopping district to Malaysia’s popular beach resorts.

Effects on the Environment

Air pollution can harm the environment in a number of different ways. Among the serious environmental problems caused by various air pollutants are:

Emissions of sulfur dioxide and nitrogen oxides from coal-fired power plants and other fossil fuel combustion contribute to acid rain. Acid rain can cause acidification of lakes and streams and contributes to the damage of trees at high elevations and many sensitive forest soils.

3. Damage to Crops and Vegetation

Ozone and other pollutants can cause significant damage to a wide array of food crops. Sensitive crops include potatoes, wheat, rice, soybean, citrus, bean and grapes among others. In developing nations, these effects can be particularly important.

Emissions of nitrogen oxides can be a significant contributor to eutrophication in coastal waters and bays. Eutrophication occurs when a body of water suffers an increase in nutrients that reduce the amount of oxygen in the water, producing an environment that is destructive to fish and other animal life. 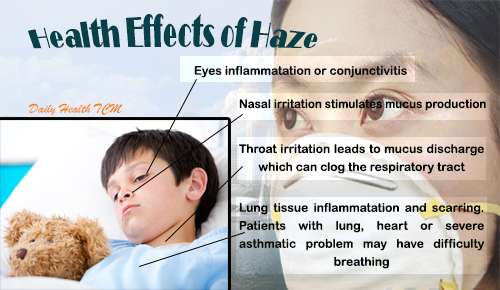